The Science Unbound Foundation has announced its 2013 award winners for best scientific papers by investigators at the University of Alabama at Birmingham (UAB) and the New York Obesity Research Center at Columbia University College of Physicians and Surgeons, St. Luke’s-Roosevelt Hospital Center, and Albert Einstein College of Medicine. The awards, plaque and cash prizes are for works published in 2012 in the areas of obesity, nutrition and statistical science. 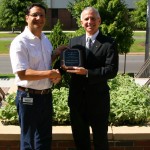 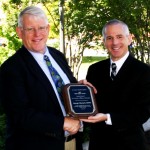 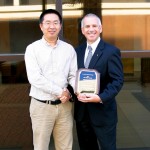 Degui Zhi, Ph.D., assistant professor in the Section on Statistical Genetics in UAB’s Department of Biostatistics, was awarded best paper by UAB-based investigator in the area of statistical genetics. His paper, Genotype calling from next-generation sequencing data using haplotype information of reads was published online January 27, 2012 in Bioinformatics,http://dx.doi.org/10.1093/bioinformatics/bts047. 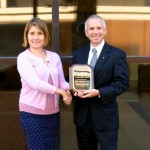 Stella Aslibekyan Ph.D., assistant professor in UAB’s Department of Epidemiology, was jointly awarded best paper by UAB-based investigator in the area of obesity or nutrition. Her paper, “Preliminary evidence of genetic determinants of adiponectin response to fenofibrate in the Genetics of Lipid Lowering Drugs and Diet Network” published in the May 2010 issue of Nutrition, Metabolism, & Cardiovascular Diseases, http://dx.doi.org/10.1016/j.numecd.2012.07.010.

Felix Kishinevsky, recent graduate from UAB’s Department of Psychology, was awarded best paper by a UAB student in obesity-related research. His paper, “fMRI reactivity on a delay discounting task predicts weight gain in obese women was published in the April 2012 issue of Appetite,http://dx.doi.org/10.1016/j.appet.2011.11.029.