The Science Unbound Foundation has announced its 2013 award winners for best scientific papers by investigators at the University of Alabama at Birmingham (UAB) and the New York Obesity Research Center at Columbia University College of Physicians and Surgeons, St. Luke’s-Roosevelt Hospital Center, and Albert Einstein College of Medicine. The awards, plaque and cash prizes are for works published in 2013 in the areas of obesity, nutrition and statistical science. 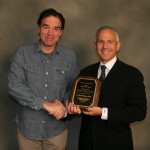 Mark Beasley, PhD, associate professor in the UAB Department of Biostatistics, was awarded best paper by a UAB-based investigator in the area of general statistics. His paper, “Tests of Mediation: Paradoxical Decline in Statistical Power as a Function of Mediator Collinearity”, was published August, 2013 in The Journal of Experimental Education. 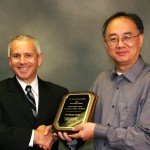 Kui Zhang, Ph.D., associate professor in the Section on Statistical Genetics in UAB’s Department of Biostatistics, was awarded best paper by UAB-based investigator in the area of statistical genetics. His paper, “Joint haplotype phasing and genotype calling of multiple individuals using haplotype informative reads” was published August, 2013 in Bioinformatics. 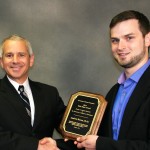 Andrew Brown, Ph.D., research scientist in The UAB School of Public Health’s Office of Energetics, was awarded best paper by UAB-based investigator in the area of obesity or nutrition. His paper, ” Belief beyond the evidence: using the proposed effect of breakfast on obesity to show 2 practices that distort scientific evidence ” published in the November 2013 issue of The American Journal of Clinical Nutrition. 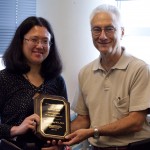 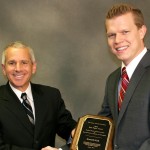 Kenneth Kell, graduate student in UAB’s Department of Nutrition Sciences’ PhD program, was awarded best paper by a UAB student in obesity-related research.  His paper, ” Added sugars in the diet are positively associated with diastolic blood pressure and triglycerides in children” was published in in final edited version in the January 2014 issue of American Journal of Clinical Nutrition.